Published on September 17, 2014 by Structural Innovations in Seismic Design 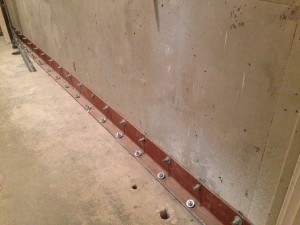 Seismic retrofication is the process of enhancing building structures for the purpose of preventing seismic activity that will most likely cause damage. Structural engineers are responsible for seeing these projects through to completion. The importance of the practice is to prevent damages that occur due to earthquake shock waves. It is therefore common to find mandatory seismic retrofitted structures in places where earthquakes are highly likely to occur or have occurred in the past. In fact, in most developed countries, it is compulsory for building structures in urban centers to perform seismic retrofication. Other natural calamities that seismic retrofitting can resist include; tornadoes, cyclones and thunderstorms.

Other seismic retrofitting techniques include using base isolation systems, modifying the inelastic composure of a structure and connecting passages to seismic supported structures. However, it is important to note that just because a building structure has been seismic retrofitted, it does not mean it cannot be destroyed by an earthquake or any other natural disaster.

Do you have more questions on seismic design? Feel free to contact us today – we would love to hear from you!